Correctomatic uses predefined correction lists to find multiple words and phrases that require correction and allows you to correct them quickly.

How Correctomatic can help you in your work

You can use Correctomatic in a variety of situations: 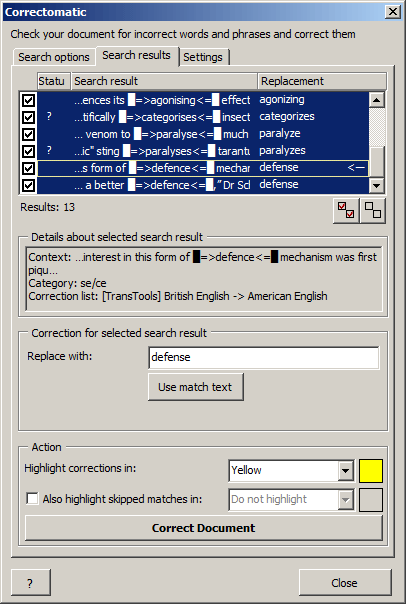 Where to find the tool

Correctomatic works on the basis of correction lists that contain entries. Each entry includes the text that needs to be found in the document, its search options, optional correction text, a note helping you decide whether to make a correction depending on context, and some other attributes described below. 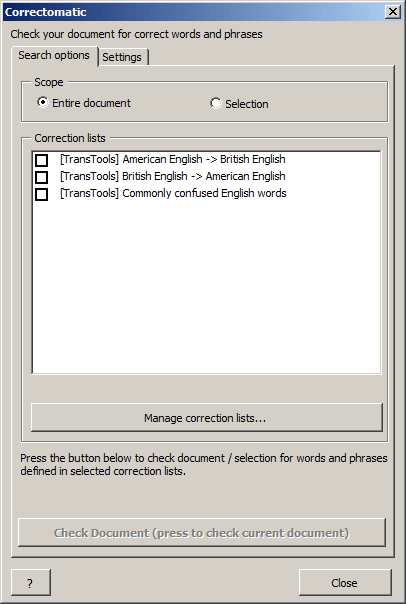 To check a document: 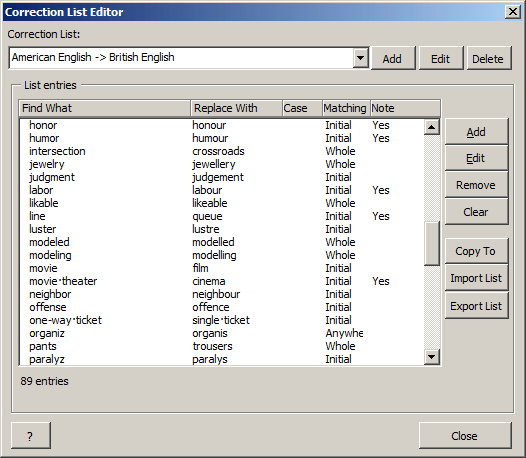 You can perform the following actions:

Note that built-in correction lists (the ones with “[TransTools]” in their names) cannot be modified, therefore all the buttons that allow editing are disabled if you select one of these lists.

When you press Add or Edit buttons next to the entries list, you will see the following dialogue: 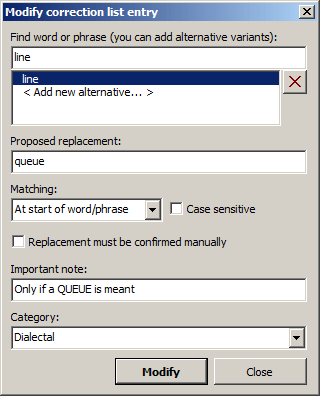 To change or add a correction list entry, specify the following information:

Correctomatic includes several built-in lists that you can use out of the box to correct documents or detect potential errors. These include:

All built-in lists will be improved in future versions of TransTools, therefore you cannot modify these lists. Instead, you can do one of the following:

Correctomatic offers a number of settings: 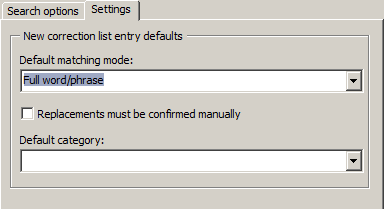 If you would like to create your own correction lists, please download this spreadsheet. It contains the following:

This tool is part of TransTools, a suite of 50+ tools for Word, Excel, PowerPoint, Visio and AutoCAD.